Do You Eat Bread?

by One Habit Coaching | Coaching

I mean who doesn’t like the mouthwatering smell of freshly baked bread?

So when I read the news that baked bread may be a health hazard it caught my attention.

Before we learn how to be a better thinker, take a read of these ‘facts’:

And, most significant of all…

…most bread eaters are utterly unable to distinguish between significant scientific fact and meaningless statistical correlation!”

We’ve all read the headlines.

The list goes on, and if you want to you can probably find sweeping statements about every food we eat, or even every thing we do!

Don’t believe everything you read – if you did you wouldn’t do anything!

Know the difference between correlation and causation

OK, so this funny story is made up!

It’s from a great book on how to think more clearly and solve complex problems — a skill few people ever learn.

I shared this story because it highlights an important point.

If you want to think better…

The brain can easily be led to form conclusions that have no basis in actuality.

To create signal from noise.

Ever done this yourself?

Thankfully you can learn to think clearer by learning to use the Meta Model on your own thought process.

Try it out for yourself.

Use it too when you watch the News, read a book, listen to a podcast.

Thanks to Tom O’Connor at NLP Times who inspired this quick post. 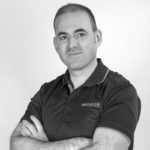 I’m a Precision Nutrition coach and personal trainer. I help busy professionals find time in their schedule for healthy habits, so they can finally get their health under control.

If you’re ready to take a sustainable approach to eating, moving and living better so that you can perform at your best, and you’d like to learn more about the best way to do this, then I’m happy to help. You’re welcome to request a discovery call here.